Real or Fake? – I had to share my thoughts on this one! Here are my 9 Reasons why the video GoPro: Man Fights Off Great White Shark In Sydney Harbour is FAKE!

Don’t get me wrong, I’m not a hater of viral hoaxs  (I have publicly praised others in the past), plus this shark video is still entertaining to watch. However the thing that kind of bugged me, which I should have mentioned in my video, is what the video implies and the subsequent publicity it has received.

I’m just putting it out there… but I feel this video just perpetuates the irrational fear of sharks and the perceived amount of sharks or “threat” there is in Australian waters. The video isn’t even real, yet it has been shared as a real event worldwide.

Lets face it, the odds of being attacked by a shark are incredibly low however a video like this (if interpreted as real) will effect Australian tourism. It has been noted in the past that increased shark sightings have impacted tourism in WA. 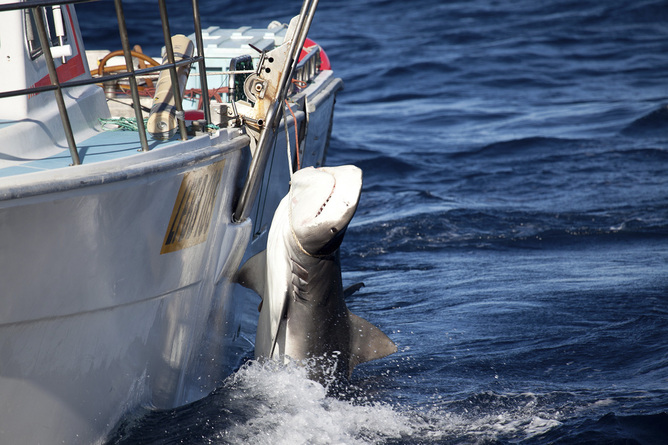 What do we do then? Well in WA we started uselessly culling sharks and spend a fair amount of money on it too. Money that could have been spent on other research and threat management strategies that are likely to be far more beneficial in the long run to both shark conservation and human protection.

What do you think, Is the video real or a stunt? Do you think it could potentially lead to the death of more sharks?