I had always wanted to do some kind of video featuring my car, just for the fun of it really and as a bit of a camera/technical exercise.  So when SBS (Who were the broadcasters of UK Top Gear hear in Australia) announced that they were running a competition where you review your car I jumped at the chance.

After a few evenings planning some content Kristen and I ventured out to a couple of location where I sat down for the first time in my life in front of the camera and presented a “tongue in cheek” look at my 1975 Chrysler Galant.

The competition video was loaded to the SBS website where to our surprise it was shortlisted to the top 20 video which were it was then up for the public vote! It wasnt until maybe a month later while we were driving down Canning Highway that I had a phone call with someone from SBS wanting to discuss my entry, it was a massive surprise but they announced that the video had won the comp including business class tickets to London to tour the BBC studios, a navman and portable DVD player (keep in mind these electronics were pretty expensive in 2007  maybe $1200 worth.) Total prize was around 21k in value including transfers and 5 star accommodation 🙂 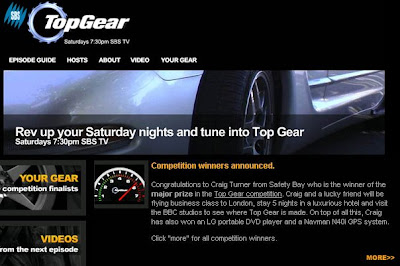 The trip presented a fantastic opportunity to see some of Europe so we ended up taking a few weeks off and with my sister in law and brother in law, we visited the UK (London, Greenwich and Bath) France (Paris), Italy (Rome, The Vatican City) and Greece (Athens, Larissa, Nei Pori and Platamonis) where we caught up with relatives.
Awesome.. awesome time. (Was great to do before having kids) 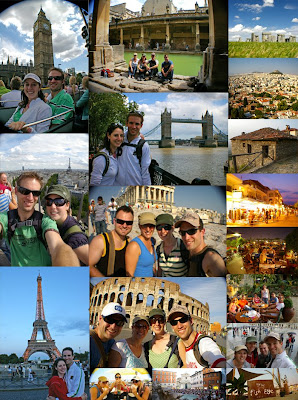 I had a couple of weird, vague phone calls from a TV production company here in Australia in late 2007 who “wanted to hold on to my details”. This later made sense in 2008 SBS announced their Australian incarnation of  Top Gear and ran an open casting call in a search to un-earth new talent, the company contacted me at this time to check and encourage me to submit an application which of course I had a crack at.  The nation wide call out resulted in over 4000 video applications Australia wide.

They narrowed it down to a short list of 30 people which they went from state to state to meet with and I was lucky enough to have the opportunity to be one of them.  I didn’t end up making it to the final round (which would have been good – they got to drive cars around I’m told) but really it worked out for the best as I had a baby on the way and getting the job would have meant a move to Sydney, which I wouldn’t have wanted to do.

Looking back at why I wouldn’t have made a good host would be a couple of reasons; The idea of doing a live studio audience is really not my thing, even now I don’t feel a strong draw to do something like that. Secondly I am more into the modification, older and technical aspects of cars and rather than all the “which” company has brought out “what” new vehicle at any given time.

I was honored to be one of the few shortlisted to meet with the shows producers though and apparently I was one of the youngest to be considered for the role. 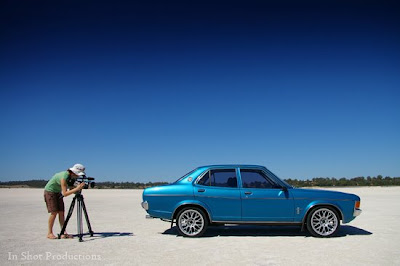